The boy has been doing a lot of good drawing lately.

We put this long table out for our Fourth of July party and didn't put in back in the garage afterwards. Jack is now a squatter turning it into his art studio. 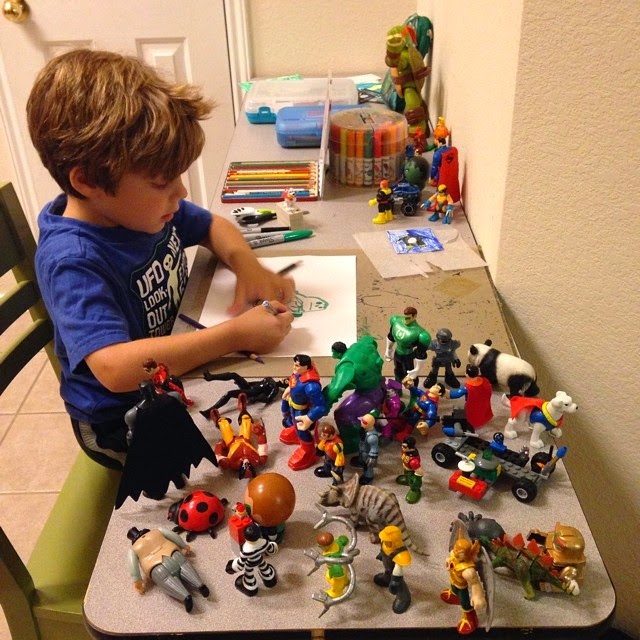 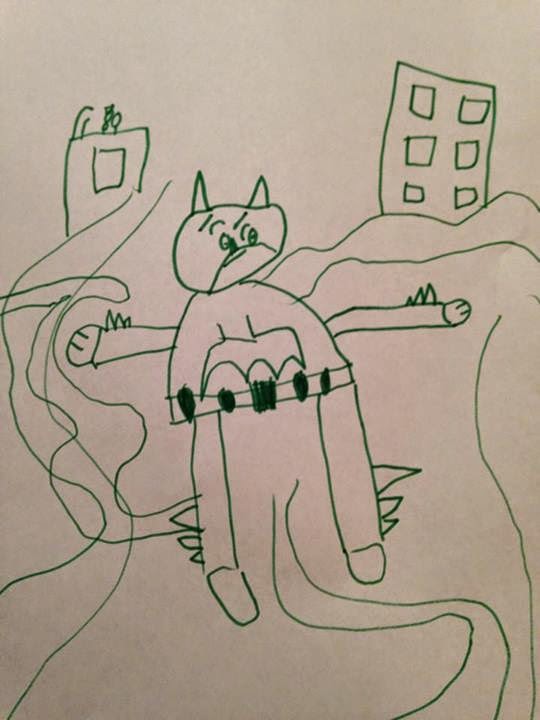 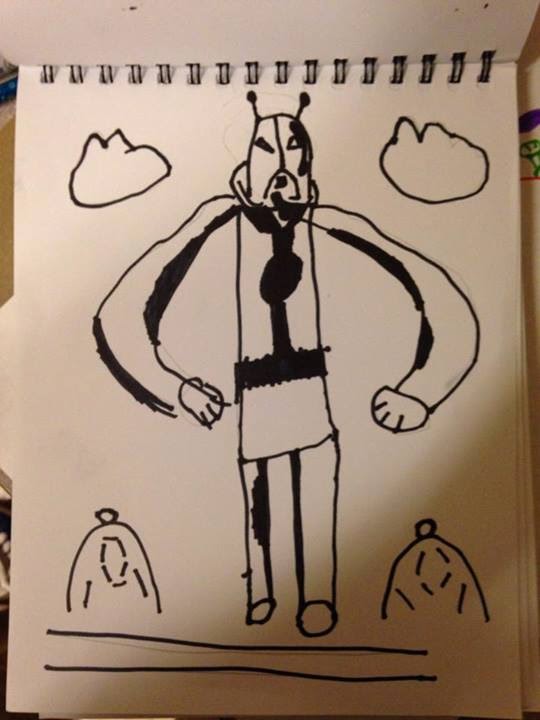 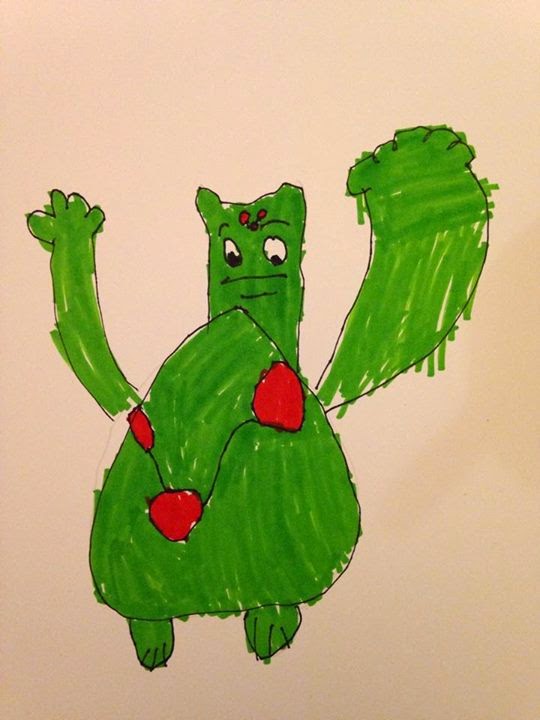 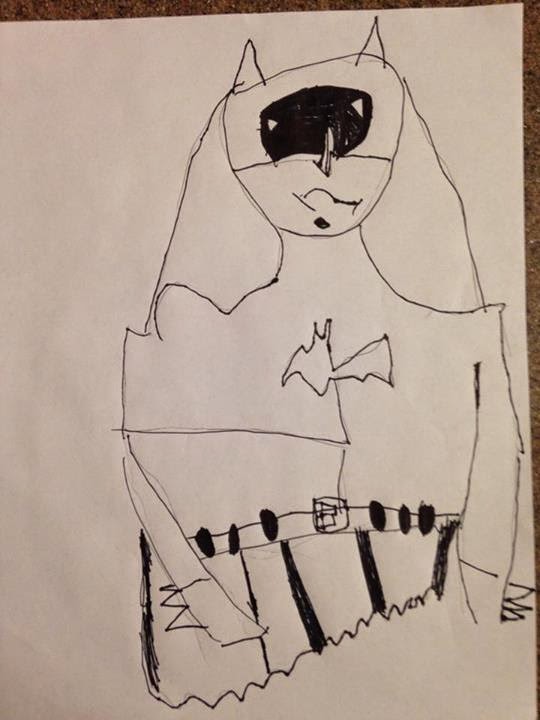 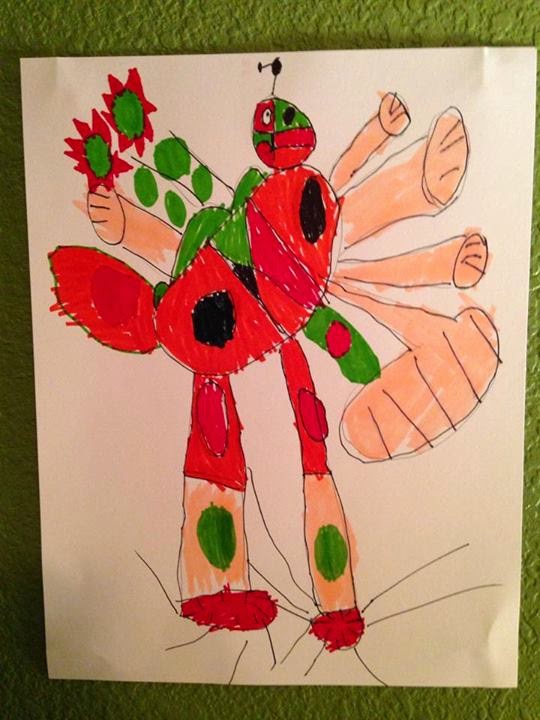 Batman and the Riddler 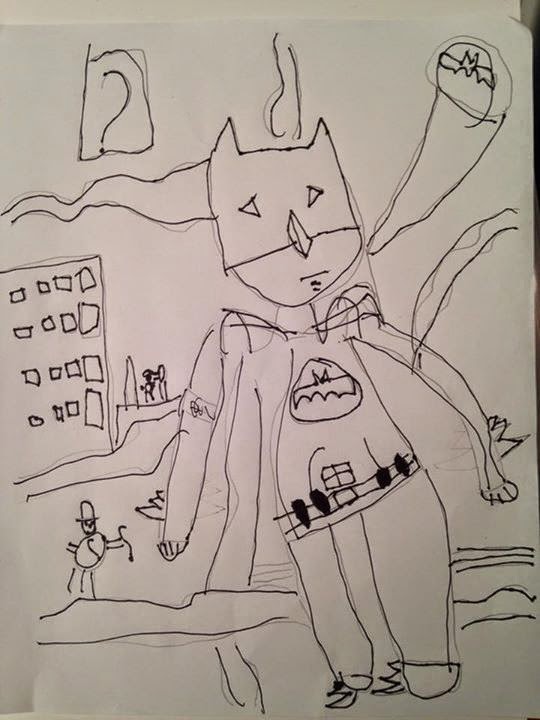 Two of his chracters Robot Man and Venus battling. The CR at the top is for the comic company he started called "Create Comics" 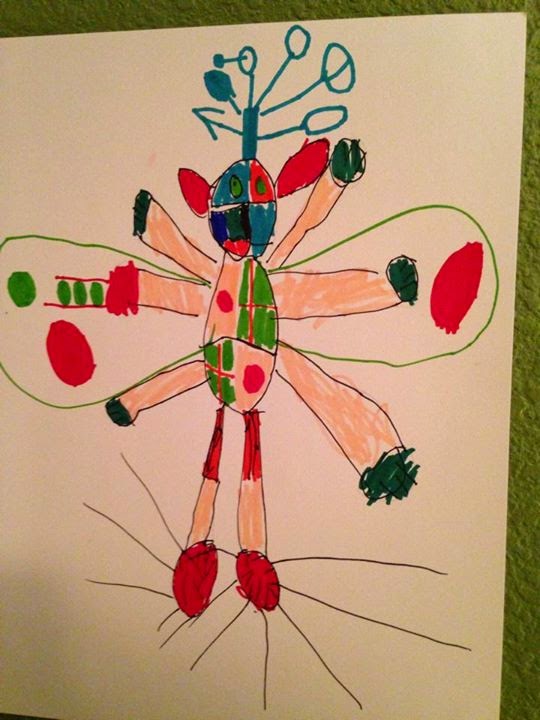 Aquaman and what I thought were sharks but he said they were sea lions. 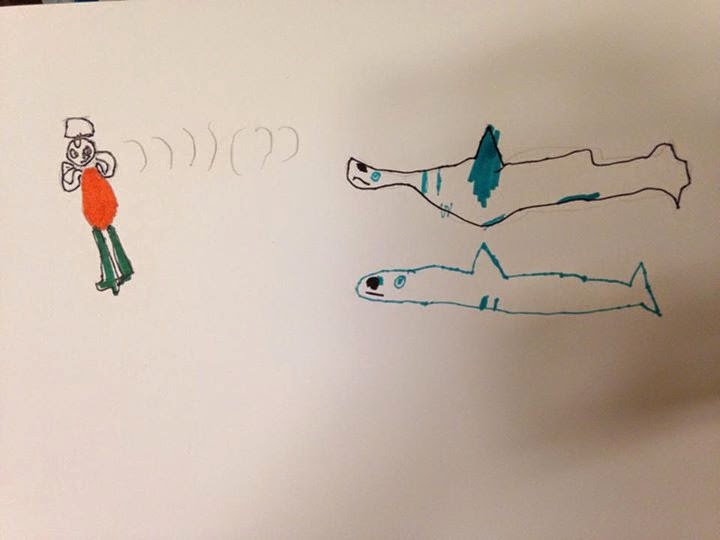