Soccer started back up recently. Jack's actually improving his game. He's focusing better, get a teeny tiny bit of strategy down, he even scored two (possibly three) goals the other day. That new style shirts this season.  They're nice because they look more official, but we don't that like the fact that they don;t have numbers on the back.

Posing with his new look. 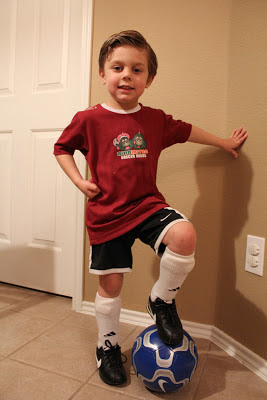 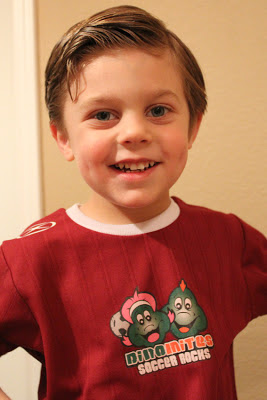 Kicking the ball while "Whistle Girl" looks on. 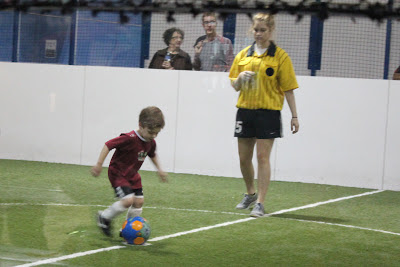 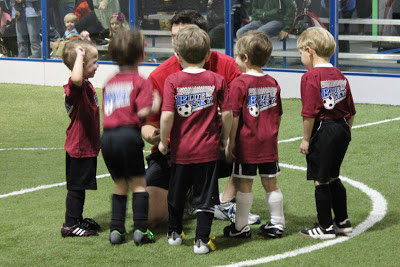 The artist at work painting an egg carton fire truck. 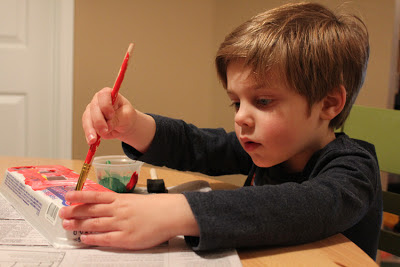 Little project where we printed out letters and he created a color pattern along the lines.  Then he kicked it up a notch and decided he would trace the letters with a pencil.