Jack had a great Halloween this year. He went as a cowboy, obviously. A little bit of Woody from Toy Story, but not officially Woody. He wore this costume all day long. He met up with Nana and Papa for lunch so they could see him dressed up.

Then after work, they three of us met up in old downtown McKinney for "Scare on the Square." He had fun going around to all the stores and getting candy. We were (happily) shocked at how good he did in the big crowds. He stayed close to us, waited his turn, never got fussy, said "trick or treat" and "thank you".

Then we went home, stopped down for a quick dinner and went trick or treating around our neighborhood with Gracelyn and later, Michael. He did good on this leg of the day-long celebration too. Most of the time after he said "thank you", he'd yell out "Happy Halloween!". At one point Michael fell down and didn't realized he'd drop several pieces of his candy. Jack stopped, put down his pumpkin and started picking it up. We thought he was gonna take it, but he yelled out to Michael, who had walked away, "Here you go Michael!"

He had a fun day. Beware there are a lot of photos, but the cuteness level was at 11. 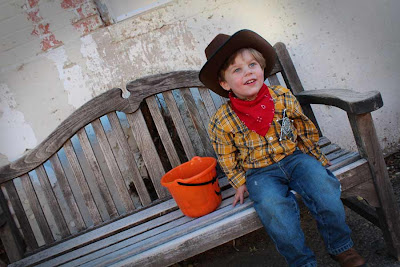 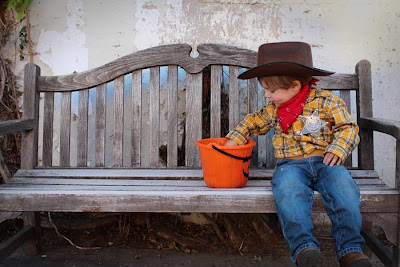 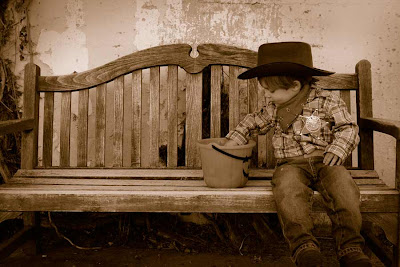 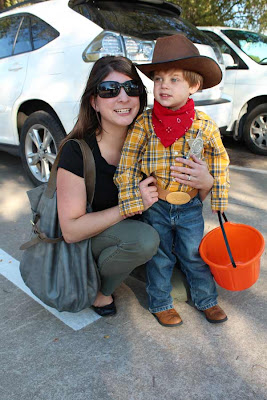 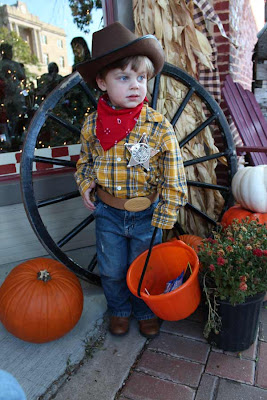 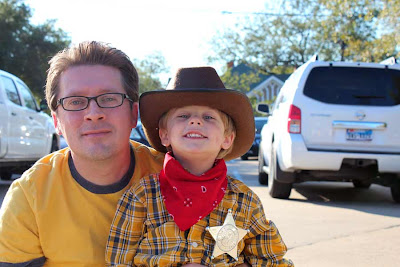 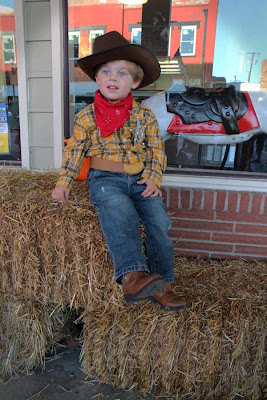 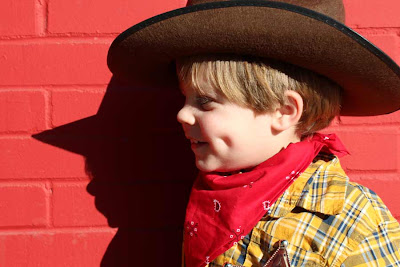 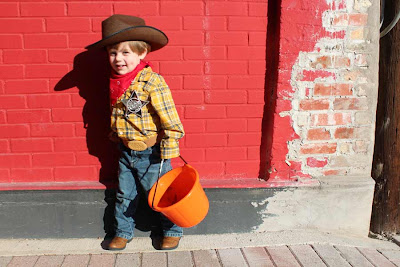 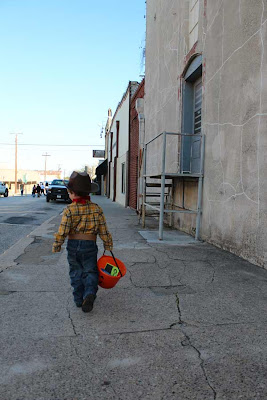 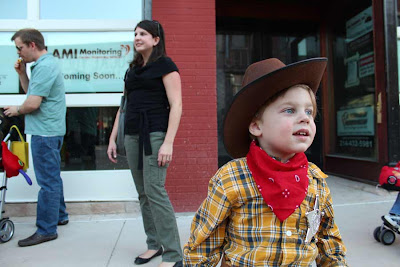 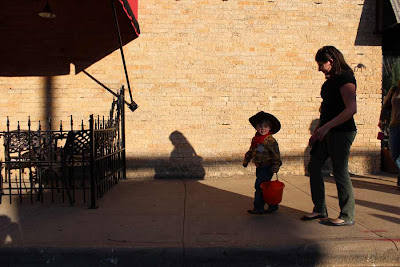 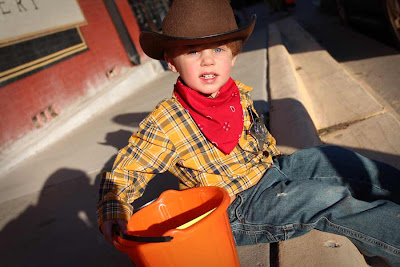 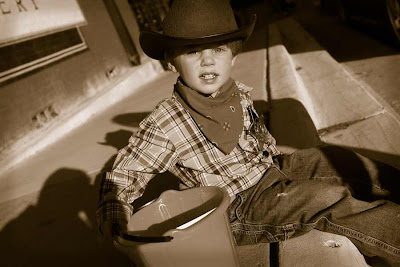 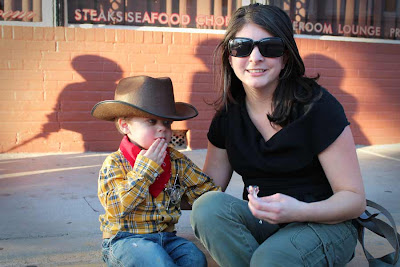 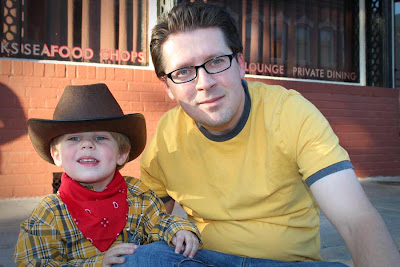 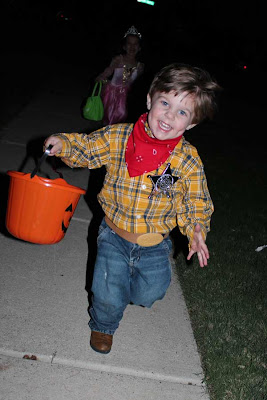 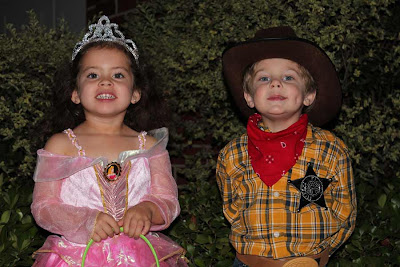 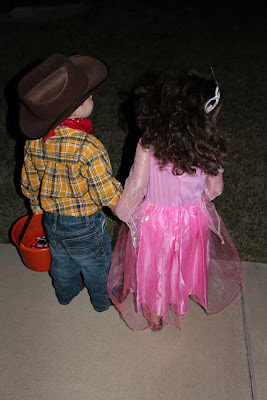 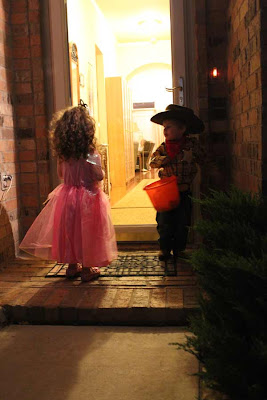 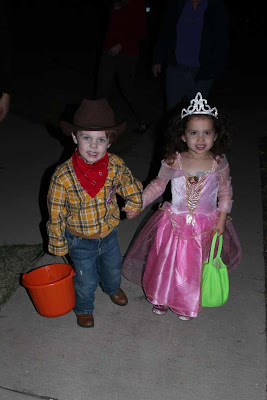 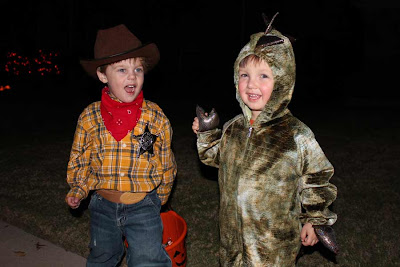 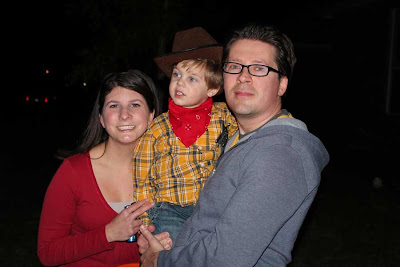 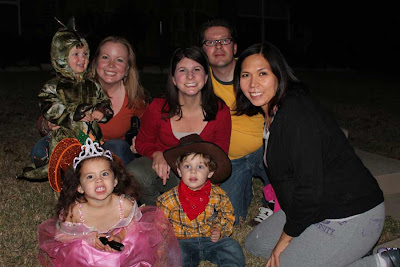 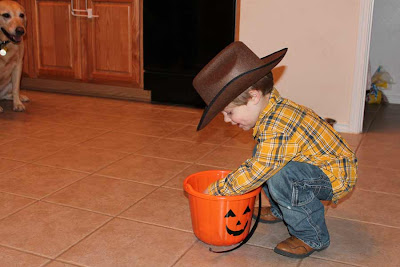