Heather and Jack went to the Arboretum the other day while dear old Dad was stuck at the grindstone. This trip provided Jack with some of his favorite things. 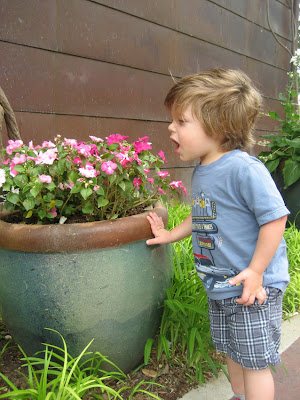 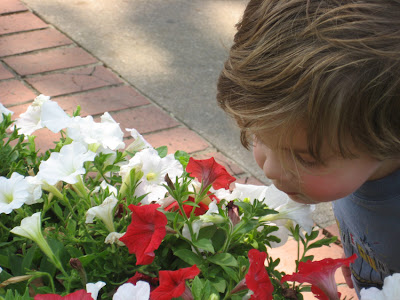 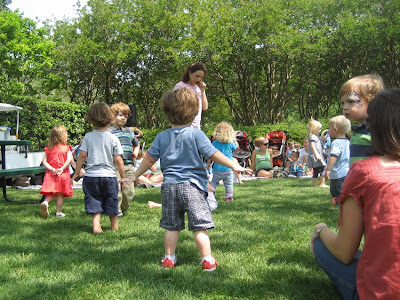 #3 Petting animals. These photos might as well all be captioned, "Hey there little fella!" (like he says to Kirby) 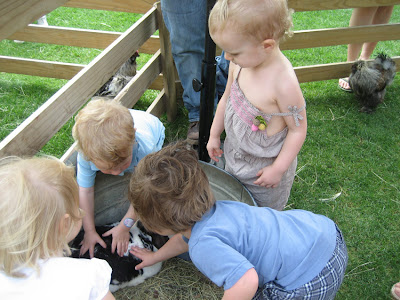 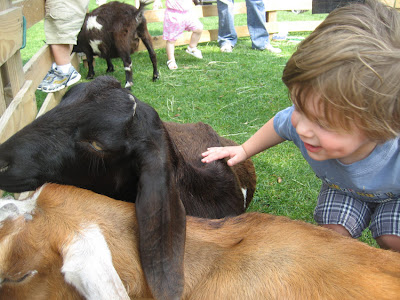 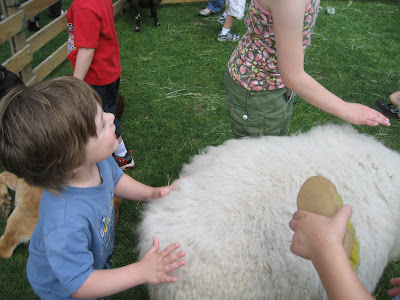 He also climbed some stairs, which he could take or leave. 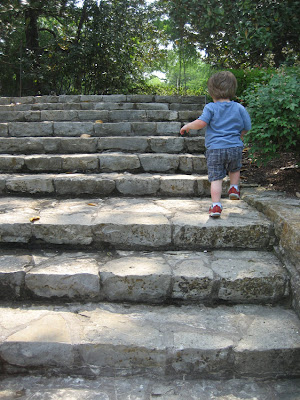 We met up with our neighbors at the City of Allen's Easter event. We waited in line for 15 or 20 minutes so Jack could get his photo taken with the Easter Bunny and then he changed his mind once he got a good look at him. I think he felt he was "shifty". He did however, brave the dizzying heights of the rock climbing wall... 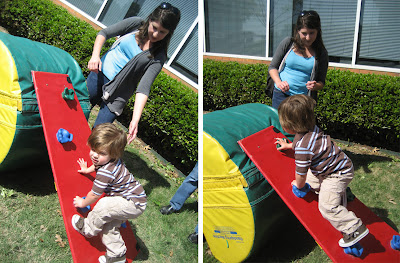 He also enjoyed a balloon (with Gracelyn) until it popped. Then we saw the saddest face that ever existed on the face of the Earth or any other known planet, or solar system or galaxy or even beyond. But he got a replacement one and balance was once again restored. 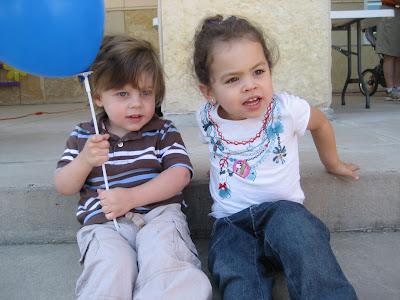 Posted by Cal Slayton at 7:18 PM No comments:

Jack posing with a photo of Gramma and Poppa's new member of the family, Buster Burro. He can't wait to meet him. And ride him. 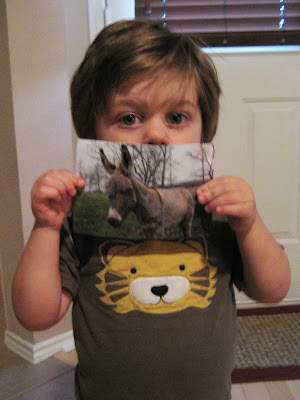 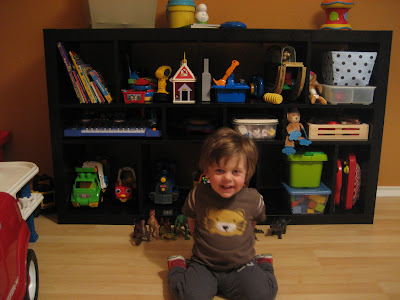 Taking a break with "Lil G" from next door, who is giving me the most inquisitive of looks. 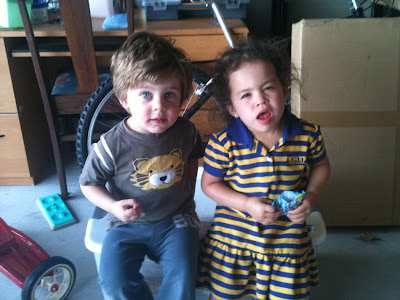 Trying to collect all his Easter presents from Gramma and Poppa so he can take them to the coffee table. 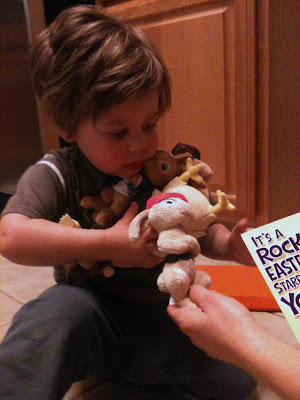 Doing some repair work on his ride. He told me it would cost 45 raisins, 3 peanut butter crackers and two episodes of "Imagination Movers". And that didn't include labor. 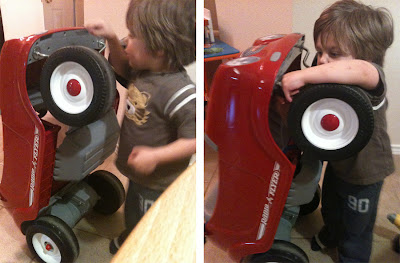 Posted by Cal Slayton at 6:23 PM No comments:

He fell asleep in the car mid-snack... 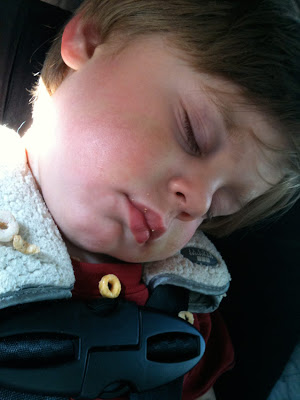 Jack put together a section of his GeoTrax train set and then ran into the other room. We heard a lot noise, then some scooting sounds and he came around the corner on his alphabet train and he thought he'd just drive that mama bear right up the track. 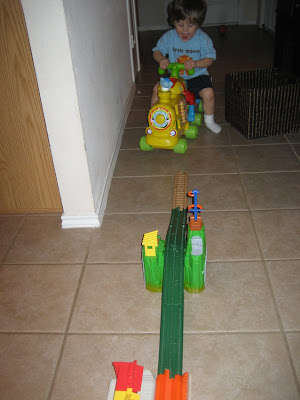 He figured out he could turn his guitar into a violin pretty nicely.... 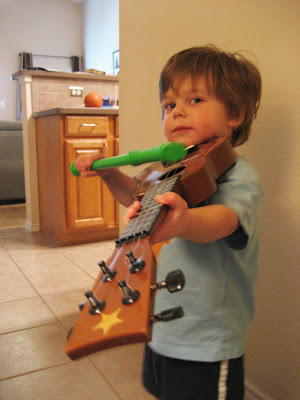 Climbing the hill at the ponds in our neighborhood... 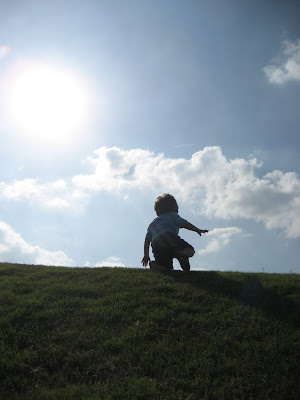 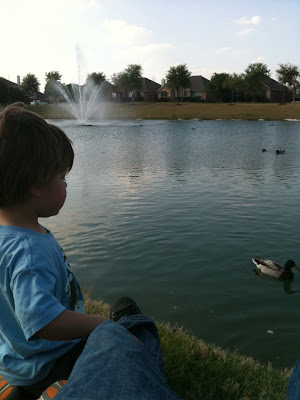 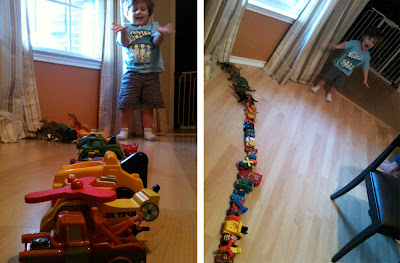